You Never Know What God Can Do At The MBB Conference 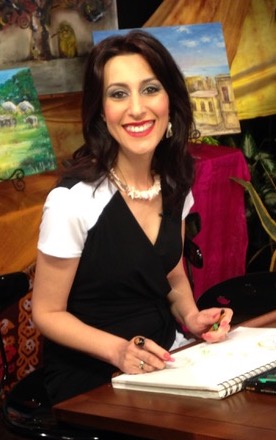 Narmin was born in Azerbaijan. A predominantly Muslim country bordered by Russia, Georgia, Armenia, and Iran. She Married a Christian man, settling in England and then the United States. Narmin first encountered Christ and came to faith through the patient ministry of her husband.

After becoming a Christian, Narmin struggled with her new faith like many MBB’s (Muslim Background Believers). She was eager to learn more about her Christian faith and how to reconcile her Muslim background with the gospel. “I felt totally alone,” she said. “As an MBB, you feel like you are the only one who has made this journey to Christ. When you come to Christ, for the first time, it feels like you stand outside your culture and your family. Since I had not known anyone who had come to Christ like me, I felt alone.”

At the time, Narmin was living in Texas when she came across information about GFM Ministries. She called GFM and was invited to the MBB Conference. “I desperately wanted to learn more,” said Narmin. “I didn’t know such a ministry existed. I wanted to meet people like me and learn how to share the Gospel with other Muslims.”

The MBB Conference was a catalyst for Narmin. “It felt like I was at home, these people felt like my family.” At the conference, Narmin felt like her faith was confirmed. She had never been around other Christians that were once Muslims. “It was an amazing time,” she said. “I was able to connect and engage with other MBB’s, for the first time I saw that Christ had done in these people was what he had done in me. Finally, I didn’t feel alone.”

Through the engaging speakers and discussions at the conference, Narmin learned first hand how to reach out to Muslims, including Muslims whose culture was different from her own in Azerbaijan. “At the Conference,” said Narmin, “I gained the confidence and knowledge of my Christian faith, and gleaned many new sources of information on how to minister to MBB’s.”

While spending time with other MBB’s, Narmin also connected with Global Heart Ministries, an exhibitor at the conference. She learned that Global Heart Ministries produced Christian television programming to millions of people through satellite broadcasting in Central Asia, the Middle East, and her native Azerbaijan. Through this connection, Narmin learned that they were looking for a TV host that was from Azerbaijan to launch a new show to reach Muslims with the Gospel in her home country. “If I had not come to the conference, I would have never connected with Global Heart Ministries,” said Narmin. “I had a strong desire to reach the people of my homeland with the good news of Jesus Christ. And God gave me the training and the connection to minister reconciliation to my home country through the MBB Conference.”

Today, Narmin is the host of “Sweet Conversations” on Global Heart Ministries online and satellite television outreach. Her show is broadcast and streamed to millions of people in Azerbaijan, Iran, Turkey and Central Asia. “I am so thankful that God brought me to the MBB Conference,” she said. “The MBB Conference educated and empowered me to reach Muslims. I am so thankful for GFM’s ministry to my life.”

A conference for any follower of Christ (not just MBBs), you can learn how to reach Muslims with Christ’s love. Through the MBB Conference, you’ll hear from dynamic speakers on how to minister to and engage Muslims with the Good News of Jesus Christ. You’ll be able to connect with other Christians and MBBs who have a heart for the lost in the Muslim world. Register today and don’t miss this incredible conference that will educate and uplift your life to reach out to Muslims!